Ladies and Gentlemen, Boys and Girls! Step Right Up, Some Circuses are Coming to Town

The Circus is coming to town.

Circus 1903, produced by the team that brought us The Illusionists, brings an old-fashioned circus to New York, complete with elephants, thanks to a partnership with puppeteers Significant Object (War Horse).

This circus looks at the circus from putting up the tent to what takes place unde the big top.


Also playing New York will be the Big Apple Circus this fall. The circus returns to Lincoln Center Oct. 26-2017 through Jan. 7, 2018. A national tour follows. 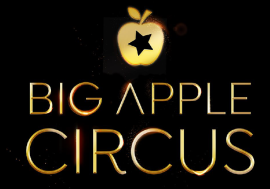 Ten-time world-record-holding high wire artist Nik Wallenda will headline.  He is a seventh-generation performer of the legendary “Great Wallendas” family, who trace their roots back to the Austro-Hungarian empire in 1780. Nik’s great-grandfather, Karl Wallenda, brought the Wallendas to America in 1928 to perform in Ringling Brothers’ and Barnum and Bailey Circus.

He began his career at the age of 2, learning to walk the wire while holding his mother’s hand, and from there has led to record breaking performances across the world. In 2012, he fulfilled his lifelong dream to become the only person to walk directly over the precipice of Niagara Falls. He also was the first person to walk a wire across the Grand Canyon. www.BigAppleCircus.com

Posted by LaurenYarger at 3:38 PM