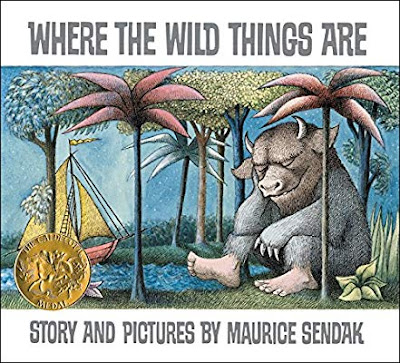 The Maurice Sendak Foundation announced that it has commissioned the first major and only full-length stage play adaptation of Where the Wild Things Are.

This stage adaptation follows a 1984 opera and 2009 film based on the classic children’s story. The New Victory Theater (a project of The New 42nd Street),New York City's premier performing arts nonprofit entirely devoted to kids and families, has committed to produce the play, marking its first foray into original production. The creative team for the production is in formation and will be announced at a later date.

The Foundation remains steadfast in preserving Maurice Sendak’s artistic legacy and will remaster and reissue Sendak’s books with publishing partner HarperCollins in the coming years. Earlier this month, HarperCollins published Presto and Zesto in Limboland, a book discovered years after Sendak’s passing, co-authored by Arthur Yorinks. This is the third book collaboration for Yorinks and Sendak, predated by The Miami Giant (1995) and Mommy? (2006).

The University of Connecticut will house all Sendak’s book art in the Northeast Children’s Literature Collection by March 2019. Construction on an archive attached to Sendak’s Connecticut home has also been completed and will open to the public, by appointment only, in late 2019. This archive will house the rest of Sendak’s art. Additionally, the Sendak Fellowship & Workshop that has been a part of the Foundation since Sendak was alive will continue in 2019, taking place on the grounds of his home.

The New Victory Theatre is located at 209 West 42nd St., NYC.
Posted by LaurenYarger at 8:07 AM No comments: 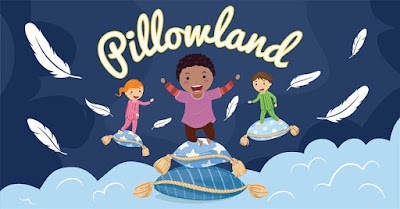 In its 22nd season, New York City Children’s Theater (NYCCT) will premiere three theater productions for families that celebrate the power of imagination
Join NYCCT for three original, entertaining and enriching theater productions and along the way you'll help a friend who has trouble falling asleep, learn why some fairy tales never get old and live out your dreams without leaving your room.
Our 2018-19 season will also include classes, story time events and more!
Pillowland
Stanley always has trouble falling asleep - even counting sheep doesn't help! When he receives an invitation to visit the Kingdom of Pillowland, he sets off on an exciting adventure with his friends Finn, Quinn and you!

From the company that brought you Please Bring Balloons comes a new interactive play for your youngest theatergoers based on the hit song by Laurie Berkner.

Written by Barbara Zinn Krieger (Ballerina Swan)
Devised by Jonathan Shmidt Chapman (Up and Away)
Directed by Khalia Davis (Judy Moody and Stink: The Mad, Mad, Mad, Mad Treasure Hunt)
Based on the song by Laurie Berkner

Select Sundays through April 14th at 10am and 12pm.

The company that brought you Interstellar Cinderellainvites you to discover why some fairy tales never get old.

November 24th - December 22nd
Saturdays and Sundays at 11am and 2pm

#MoreMagicalStories
This is Sadie
What do you do when you get up before your parents on a Saturday morning? If you’re six-year-old Sadie, you take your favorite stuffed animal on a world-wide adventure, without ever leaving your bedroom!

From the company that brought you Ballerina Swan and the Nutcracker comes a new dance/theater show that celebrates the power of imagination!

#ThisisSadie
“Our beloved Artistic Director and Founder, Barbara Zinn Krieger, has worked with fantastic, established artists to create three world premiere productions that promise to delight families this season. Our shows will demonstrate to young theatergoers that curiosity, collaboration and a sense of wonder are all tools that can help change their world.” - Andrew Frank, Executive Director
Engage with Us:
Join us for pre-show activities in the lobby before every performance and take a picture with the cast after every performance!
Talk about the show with the cast and/or members of the creative team after select performances. See which performances include talkbacks here: www.nycchildrenstheater.org/engagement
Engage with NYCCT on social media: Facebook,Instagram, Twitter, Pinterest, Youtube
#NYCCT | #IfYouImagine | #ImaginewithNYCCT
Sensory Friendly Performances:
December 9th at 11am | The Emperor’s New Clothes…
April 13th at 11am | This is Sadie
For more information on sensory friendly performances, visit: www.nycchildrenstheater.org/sfp
Group Sales:
Save 15% or more by bringing 10 or more people to a show! Visit www.nycchildrenstheater.org/groups or email groups@nycchildrenstheater.org for more information.
Also Happening This Season at NYCCT:
Boogie Woogie Books
Come play, sing and boogie woogie with New York City Children’s Theater!
Children up to 5 years of age and their grown ups will explore children’s books through live music, songs, movement and imaginative play in these 45-minute fun-filled classes!
Fall Session | September 22nd - November 17th
Spring Session | January 12th - March 16th
Park Avenue United Methodist Church 106 East 86th St, New York, NY 10028
To register, visit www.nycchildrenstheater.org/boogie-woogie-books or call 646-250-1178
Story Time at Strand Books
Join us throughout the year for a reading of a children’s book complimented by a craft and/or music class.

Now in its 5th Year!

NYCCT is seeking short plays from some of the most talented playwrights in New York City, New Jersey and Connecticut: Middle School Students!
Five (5) grand prize winners will receive a staged reading of their play, performed by professional actors at Theatre Row in May 2019, as well as another weekend of staged readings with Broadway pros in CT sponsored by The New Paradigm Theatre. Every entry will receive feedback from a theater professional.

For more information on the competition, please visit:https://nycchildrenstheater.org/join-us/middle-school-playwriting-competition/

For more than 20 years, our local and nationally recognized arts-in-education programs and professional theater productions have served over 300,000 children and adults across all five boroughs and surrounding communities in the tri-state area.

Posted by LaurenYarger at 2:09 PM No comments: