THE KEYS, a new play by Dorothy Lyman ("Mama's Family," "All My Children"), will have two readings on Zoom, produced by Pat Flicker Addiss and Lauren Yarger. 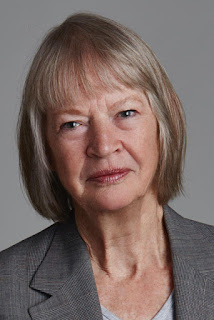 THE KEYS, a story of fear, love and hope in the time of Covid, is directed by Elinor Renfield. A talkback will follow the readings scheduled for:

Margaret (Lyman) and Gil (Tim Jerome) meet over the balconies of their condos in the Florida Keys during the Covid lockdown. As their relationship develops, they struggle with memories of what their golden years were supposed to look like while focusing on a fearful, distanced, "safe" reality. The key to happiness might just include letting go and taking some risks.

This timely play is ideal for presentation beginning this spring as theaters begin to re-open. The two actors are separated on one set.

An Emmy award -winning actress, Ms. Lyman is also a theatre and television director (75 episodes of THE NANNY for CBS) and a filmmaker as well as playwright. She is most widely known for her TV roles in "Mama's Family" and "All My Children."

Tim Jerome (Gil) is an actor, singer, Founding President of MainStreet Musicals, National Music Theater Network, and NYMF. He has been performing professionally on-stage since 1968 with 18 Broadway shows (one Tony nomination) and 12 feature films to his credit. He also has performed in regional theaters and on tour throughout the country exclusively in principle roles. e American Guild of Musical Artists.

Elinor Renfield (Director) After completing a scholarship year at The Central School for Speech and Drama in London, she began her graduate work in Theatre and Film at CUNY (Hunter College) where she received an MA. Her thirty year career as a stage director has included work on Broadway, Off Broadway and in Regional Theaters.

Posted by LaurenYarger at 9:46 AM No comments: