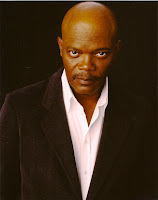 The Drama Desk and the Fordham University Theatre Program will present a special panel discussion at 6:30 pm Sunday, Nov. 13 titled “Anatomy of a Breakout,” reflecting the remarkable trend of breakthrough productions and breakout performances on the New York stage.

General Admission: $20 Drama Desk members and their Guests: $15; Fordham Faculty, Alumni, Staff: $10; Students* & Senior Citizens: $5 (*from any school with valid ID)
Reservations are requested. Send RSVPs with first and last names plus number of guests to DramaDeskRSVP@aol.com.
Posted by LaurenYarger at 1:44 PM