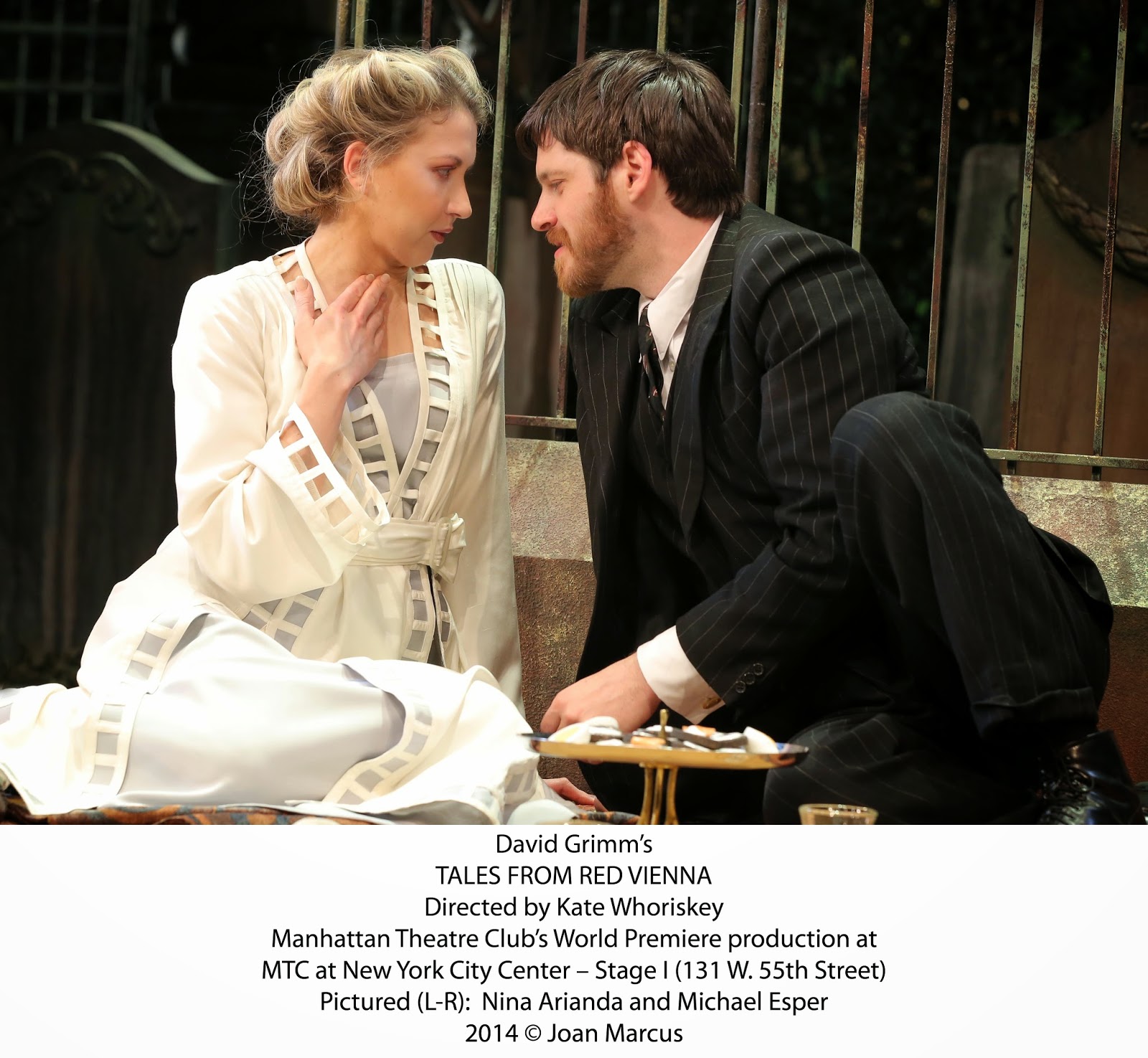 By Lauren Yarger
It has three acts, two intermissions, great sets, lots of sex and a stellar cast, but the world premiere of David Grimm’s new play, Tales from Red Vienna, about life in post World War I Vienna, doesn’t have a lot to say.

Nina Arianda turns in a powerful performance – as always – as widowed Helena Altman, forced into prostitution to pay the bills after her husband, Stefan, is killed in the war. Her maid and friend, Edda Schmidt (Kathleen Chalfant), knows what her mistress is doing, but keeps quiet while repairing torn dresses or tidying up evidence of the sexual encounters. She also runs interference for Helena with young Rudy Zuckermaier (Michael Goldsmith), the son of their grocer, who has fallen head over heals in love with the widow.

Helena’s impoverished state isn’t easy to hide from childhood friend Mutzi von Fessendorf (Tina Benko), however, She stops by for a visit -- the first in 18 months -- and discovers that her friend has fallen from the prosperity they both once shared as society matrons. Mutzi, still has her dignitary husband, even if she has a lustful eye on someone else: socialist journalist Bela Hoyos (Michael Esper), She decides to be magnanimous and introduce the eligible bachelor to Helena under the guise of finding her a suitor, but really, she just wants an excuse to be able to spend time with Bela in public as a "chaperone."

The meeting has unexpected results, however, and Mutzi turns her attentions to introducing another man, Karl Hupka (Lucas Hall), to Helena instead.

What are the Highlights?
What are the LowLights?
Other Information:
Tales from Red Vienna plays at NY City Center Stage I, 1321 West 55th St., NYC. http://talesfromredvienna.com/

Christians might like to know:
-- Very explicit sexual scenes
-- God's name taken in vain
-- Language
Posted by LaurenYarger at 11:48 AM