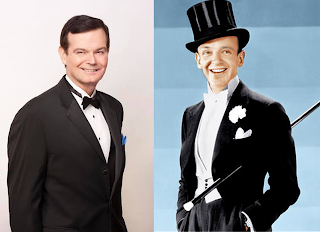 
Most remember Astaire as a singer and dancer but he was also a gifted songwriter, excellent musician, and a superb interpreter of song. The Untapped Fred Astaire Revisited features the work of composers Irving Berlin, George and Ira Gershwin, Jerome Kern and Dorothy Fields, Howard Dietz and Arthur Schwartz, and Harold Arlen and Johnny Mercer, all of whom had their music and lyrics introduced by Fred Astaire.


Holbrook will be accompanied by Tom Nelson on piano. The show is directed by veteran Broadway and cabaret performer and Academy Award-winning documentary filmmaker Richard Barclay. All proceeds from the evening’s performance will benefit New York actors in financial crisis.

Posted by LaurenYarger at 5:57 AM