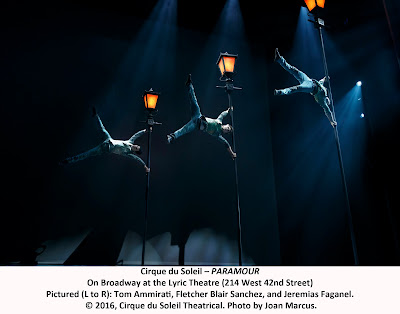 Broadway Theater Gets a Big Top with Cirque du Soleil Musical
By Lauren Yarger
Looking for that perfect show to do with the kids over summer or winter break? The first Cirque du Soleil show, written specifically for Broadway, just might be the answer.

Paramour officially opens the 2016-2017 Broadway season at high-flying Spider-man’s home, the now newly named Lyric Theatre, for which the show’s creators design it, with a tale of a love triangle during Hollywood’s golden age.  Ruby Lewis stars as Indigo, an actress caught between her egotistical director Jeremy Kushnier and true love Joey (Ryan Vona) – and that is more of the plot than I usually can convey from other Cirque du Soleil shows which leave the audience gasping at the physical feats being performed but usually scratching their heads in puzzlement over what the story was about.

Like most Cirque shows, there is music (composed here by the team of Bob and Bill) and a bunch of circus and acrobatic acts interwoven between the tunes and the plot.

The cursory love story (will Ruby choose her career or true love?) moves along, sometimes in an overblown fashion, because of lots of set design by Jean Rabasse. An exception is a terrific trapeze act where their story is acted out. This plot is way better, by the way, than Cirque’s last attempt to play a New York theater a few seasons ago with the really terrible Banana Shpeel up at the Beacon in Harlem. 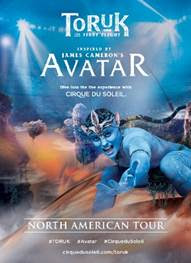 There are lots of other movement too from tap dancing (choreography by Daphné Mauger) and elaborate aerial acrobatics (Acrobatic Performance Design by Boris Verkhovsky, Flying Machine Design and Choreography by Raffaello D'Andrea/Verity Studios and others). A cast of 38 actors, dancers,  aerialists, acrobats, and circus arts performers with acts including aerial strap artists, Chinese pole, contortion, juggling, Russian beam, teeterboard, tumbling, trampoline and  trapeze dazzle both skill-wise and because of the colorful, glittery costumes designed by Philippe Guillotel 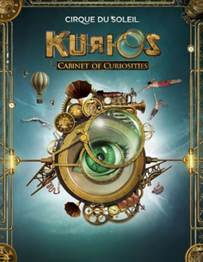 The most breath-taking act is a high-flying strap act featuring twin brothers – all to the backdrop of the filming of Cleopatra. This is definitely the Big Top taking Broadway by storm. It brought its audience -- whooping, whistling and talking – with it, but it is great to see kids experiencing a show on Broadway.

If Broadway (and its ticket prices) isn't for you, you still can enjoy Cirque du Soleil in a couple of its Off-Broadway homes this summer. Toruk—The First Flight, inspired by the movie “Avatar” plays Sept. 7-11 at Barclays Center in Brooklyn and form Sept. 15-18 at the Prudential Center in Newark.  Kurios – Cabinet of Curiosities is a period fantasy about a world where everything is possible. It begins a run under the bog top on Randall’s Island Sept. 29.

Posted by LaurenYarger at 1:13 PM