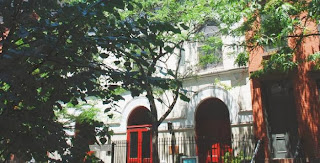 In a seasonal riff on Charles Dickens' "A Christmas Carol," Adam's Gifts is a story of redemption and the heart-melting surprise of feeling needed. It stars Broadway performers William Parry, Maureen Silliman,  and Philip Hoffman. Rounding out the cast are Julia Peterson and Hayden Wall.

Filichia is the theater critic emeritus for both the Newark Star-Ledger and its television station, News 12 New Jersey. He writes a weekly column for Musical Theatre International. He has served four terms as president of the Drama Desk, the New York Association of Drama Critics and is now head of the voting committee and the emcee of the Theatre World Awards. A frequent contributor to theater publications and the writer of many cast-album CD liner notes, he lives in New York City. This World Premiere production of Adam's Gifts is directed by Daniel Neiden; casting consultant Nancy Carson; and co-produced by June Rachelson-Ospa, a member of The League of Professional Theater Women.

Filichia also wrote the recently released "Strippers, Showgirls, and Sharks: A Very Opinionated History of the Broadway Musicals That Did Not Win the Tony Award."

Tickets are FREE with a donation to St. John's "at the door." Reservations required. Contact info@adamsgiftstheshow.com.
Posted by LaurenYarger at 11:48 AM